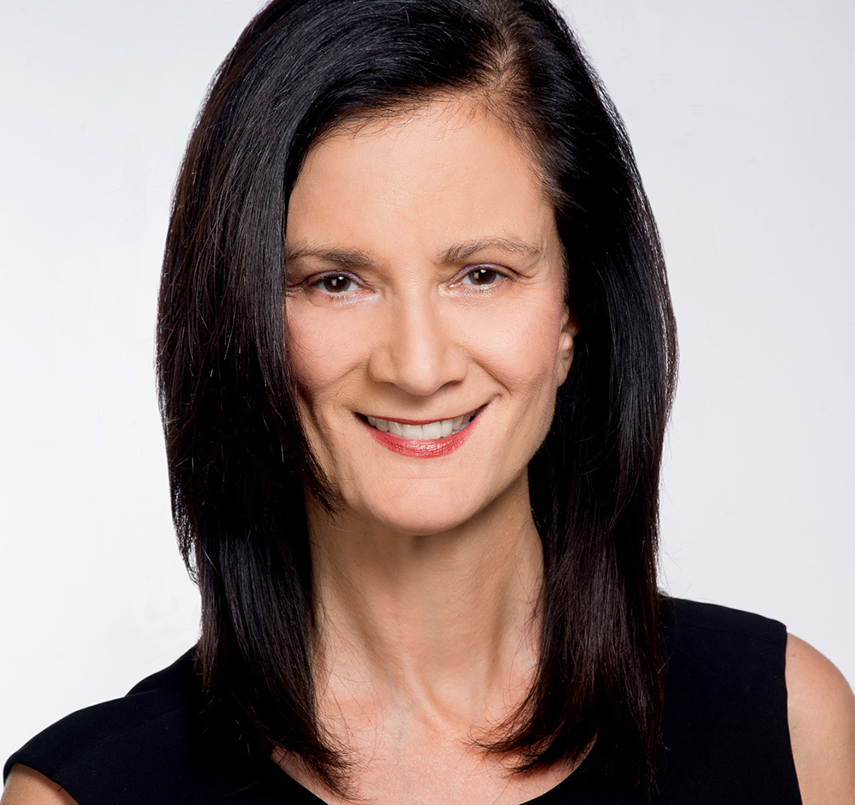 In Nashville, hit songs fill the streets like water on a rainy day and stars are easy to find in the city’s top establishments, but there’s more to Music City than might initially meet the eye. A leader in America’s professional landscape, Nashville is home to many start-ups, large corporations and crucial industries. And while it’s fun to learn more about our favorite celebrities; those that spend most of their time in front of cameras or behind microphones sharing their voices, it’s the people behind them that are making the difference.

In an effort to give readers a well-rounded view of the city I call home, I am launching “Nashville Notables,” an interview series with some of the city’s top talents, entrepreneurs and industry execs.  First up, the Senior VP of Music Strategy for CMT, Leslie Fram.

Fram landed in Nashville after a long resume of accomplished roles in radio across U.S. markets, crossing genres and making major strides for women in the music industry along the way. I first met Leslie during a professional seminar in which she was the guest speaker. Amazed and in awe of her work, I wanted to learn more. After she graciously made time for me, I stopped by the CMT offices and shared some time with the new Nashvillian. It was Leslie whom I first shared my idea for a YouTube series, which later became the foundation for ‘LIV,‘ and encouraged most of my following professional ventures. When I landed in Artist Management, I turned to Fram for sound advice and help launching my artists to the CMT platforms. And now, nearly three years after our first meeting, I’m honored to introduce her as Listen! It’s Vetrano‘s first ‘Nashville Notable’. Read on to learn more about Leslie, her role at CMT, her views on the music industry’s changing landscape and why she loves calling Music City her home.

Chris Vetrano: You are currently Senior VP of Music Strategy for CMT in Nashville, but your career started in radio. In your opinion, explain how radio plays a part in launching a new or developing artist.

Leslie Fram: Radio is still the king for music discovery. Your average listener has so many choices but relatively no time to search and discover, so radio is an excellent medium to act as that filter. Many radio stations make sure that something ‘new’ is properly set up by either the DJ or ‘New Music Bumper’. This certainly doesn’t take away from how millenials are finding new music through streaming, video platforms, internet radio and satellite. The amazing power of these platforms are helping a new generation discover and share new music. That is the life blood for new acts to actually start and have a career.

Chris: Does radio play a part in your role at CMT? If so, how?

Leslie: We are a visual medium so the quality and look of a video comes in to play when making music decisions. Some independents are making beautiful, creative videos on a shoestring budget to go along with amazing music. You will find CMT and CMT Pure ‘Artist Discovery’ ahead of the curve when exposing new music. Outside of this, we definitely look at radio, sales, streams and artists social engagement. On top of that, it’s pure gut!

Chris: You spent a good part of your career on-air, including co-hosting the morning show with MTV’s Matt Pinfield during your time at 1019RXP in New York. Do you prefer the programming and strategy side of things or on-air? And is one more rewarding than the other?

Leslie: I was in love with the art of programming and always felt that I could be closer to understanding the audience by being on the air. The two worked hand in hand and also accounted for a long day! It’s a challenge to be the Program Director on a morning show because you want to be part of that team, but you are also looked at as “the boss.” It’s a fine line keeping both hats on and understanding both roles. I still feel blessed to have worked in the #1 market in radio. Living and working in New York was both the greatest experience of a lifetime and the hardest one. The radio station was sold and the format changed but I will always cherish the work we did and impact we made!

Chris: You were the first woman to ever receive the TJ Martell Award in 2000 and have been a pioneer for women in the music industry, which is often referred to a “boys club.” You launched the “Next Women of Country” campaign at CMT, to showcase the powerful voices of young women in the genre. Do you feel a certain level of responsibility to give women a voice in the male-dominated genre?

Leslie: When I started working at CMT country radio was on the tail end of the female cycle with Taylor Swift, Sara Evans, Martina [McBride]… then everything changed. It hit me after I saw Brandy Clark at The Bluebird Café with Shane McAnally. I tracked her down to find out if she wanted to be an artist. We had lunch and I told her if she made a video, we would play it. CMT supported the video for “Stripes” for 7 months. We recognized a huge void for female artists and some of the myths that were out there that needed to be corrected. That’s why we created CMT’s ‘Next Women Of Country’. We wanted to support those type of artists and signed acts that were out there making it happen on their own. We knew they needed a vehicle for exposure and after 2 ½ years we are developing that franchise for even more great things!

I am working on another female outreach with my dear friends Tracy Gershon and Beverly Keel that we hope will #ChangeTheCoversation. We’ve had one meeting with many Nashville music leaders and are working on developing a plan for mentorship and more! Stay tuned!

Chris: Sounds exciting! You’re constantly working on new initiatives and programs it seems. What are you currently working on and/or developing for CMT that you’re most excited about?

Leslie: We will be announcing something soon for ‘Next Women Of Country’ that I am most excited about! Outside of that, CMTfirst, which continues our program for album streams. Last year we had exclusive streams for Blake Shelton, Jason Aldean, Miranda Lambert, Kenny Chesney and The Nashville Soundtrack. We just finished one for the Glen Campbell release and will announce more in 2015!

Our Music Discovery Platform ‘Listen Up’ launched this year with amazing performances from The Cadillac Three with more to premiere this year. Our ‘Live @CMT’ series recently premiered Nikki Lane and The Punch Brothers. Of course the biggest event of the year for CMT is the CMT Music Awards, produced by our brilliant SVP of Music Events & Talent, John Hamlin. Crossroads is always exciting because you never know about the pairings. Magical things happen during a Crossroads taping!

Chris: If you could change one thing about the music industry or future of music, what would it be and why?

Leslie: Right now it’s the wild wild west on how artists and writers are compensated on various mediums. As an industry we all need to come together to work this out instead of dragging it out.

Chris: You’re based in Nashville, which is rapidly growing and bringing tons of tourists to Music City. For those who might be visiting the city soon, what are some of your favorite spots in town?

Leslie: You always have to take first timers to Broadway to experience Roberts or the new second floor of Acme Feed & Seed. A show or tour of the Ryman is a must along with the Country Music Hall of Fame. I love shows at War Memorial, City Winery and The Basement too! Grimeys or Third Man for record shopping.

On the restaurant and bar scene, Rolf & Daughters, Silo, Josephine, Epice, or any of the meat and threes! Drinks at The Patterson House, antiquing at Gaslight 1 & 2 and a drive to Leipers Fork or Main Street in Franklin. Shopping at White’s Mercantile in 12 South or in East Nashville!

Chris: Nashville tends to be a misunderstood city. What’s the biggest misconception you’ve found about the city since your move here in 2011?

Leslie: That it’s only country music. Right now this is the epicenter for all music. Everyone wants to either relocate or have a Nashville office. So much work in the music business is being done in Nashville and we have the best writers in the world.

Chris: It’s no secret that you spend a lot of time working, whether at the office or at concerts or events, but what do you enjoy during your down time? Do you have any special hobbies that you enjoy to take your mind of work?

Leslie: Thank God live music is a hobby, that’s why I spend so much time going to shows! I love all types of music, so it’s not a surprise that one week could include a rock/alternative concert and a country/Americana show. My husband does all the cooking in our house, but on the weekends we try to find a new recipe and cook together. We also love to binge watch some of our favorite TV shows like ‘House Of Cards‘ or ‘Game Of Thrones’. We both love folk art and going to the Nashville flea market or antique stores to find unusual things.

Chris: You already have a long listed of awards and accomplishments, and you serve as a mentor and inspiration to many (including myself). What’s your end-goal? What legacy do you want to leave, either in the music industry or in general?

Leslie: Thank you Chris! I want to be remembered as someone who was a loving wife, great friend, mentor and boss. I really enjoy helping people discover their potential or fulfill their dreams.

You can stay up to date with Leslie Fram by following her on Twitter at @FramLeslie.

Have a notable Nashvillian you think should be included in the series? Let me know on Twitter @CMVetrano. 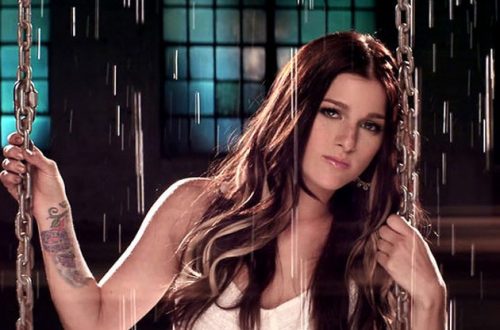 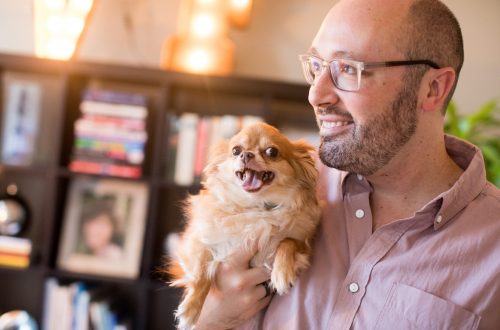 Priority Is Not A Plural Noun