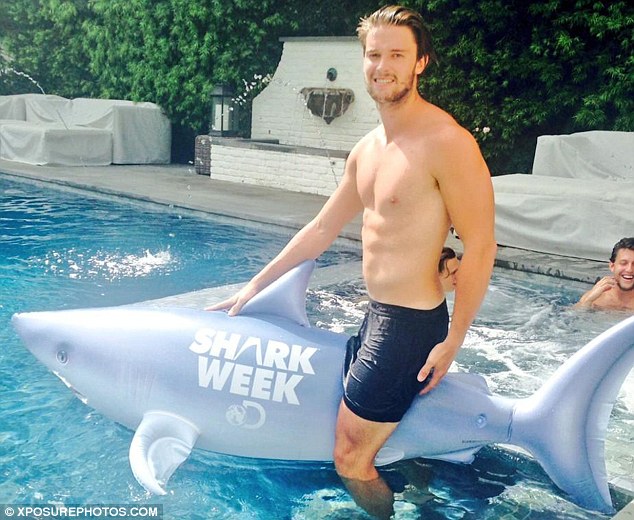 After a great first, first date with “Joe” [see ‘Meet Joe Black’], we spent the rest of the week talking about and plotting our Saturday night follow up. Unfortunately though, “Joe” got called into work last minute and had to cancel our second rendezvous. This wasn’t exactly the kind of ‘blow off’ I had in mind for the evening.

“Joe’s” texts were short and he didn’t reschedule, which left me feeling a little turned off. But, whether my first-date was just annoyed at the thought of work on a Saturday or I was being thrown back in the ocean, I started looking to the other ‘fish in the sea’.

Since my Saturday night plans were abruptly put on hold (or cancelled, time will tell), I opted to stay in. As I got caught up on the week’s latest catfights on whichever Housewives program was on and tried to avoid keeping up with any of the Kardashians, I went back to the drawing ‘bored’ and started perusing Grindr. Remembering “Joe’s” gay-app tips, I decided to download some of the others he recommended. Grindr’s downfall is that in a town like Nashville, there’s not a lot of gay faces to populate the app, so the guys are usually the same faces (or torsos) on repeat.

Adding my profile to Scruff and Jack’d, I was immediately hooked on my new options to meet men. I spent the evening engaged in conversation with a number of guys, switching from one platform to the next, trying to keep up with the quick-witted gays. One of the guys lived close by and, after a number of back-and-forths, asked if I would want to get together on Sunday. He seemed nice enough; a full-time pharmacist with a love of the outdoors, so I agreed to meet him for dinner.

The next night, just a few minutes before he was going to pick me up from his condo just down the street, he called. “I have to run into work for a minute,” the pharmacist said. “If you’re ok to run in with me, we can head to dinner after. It’ll only take a minute. I promise.”

After a twenty-minute hiatus watching him fill patient prescriptions, we headed to one of my favorite casual bars to grab a beer and burger. As I inquired more about the shy man I’d met the night before, he shared that he had a “mild fascination with marine biology.” I don’t know if he down played the fascination at first or if it really did grow that night, but he went on and on about the creatures under the sea for what seemed like hours, each story more boring than next.

In an effort to put an end to this impromptu marine biology lesson, I motioned to the waitress to bring the check. He paid.

As we were headed home, he was pretty quiet. And I wasn’t going to say a word, fearful that he may start up where he left off in whatever boring tale he didn’t finish at the restaurant. As we got closer to my house, I realized he wasn’t ready for the night to end. His car stopped in front of his condo.

“You want to come in and check out my tanks?,” the Shark Week aficionado said. Seeing as his car was in park and his seatbelt was unlocking from its buckle, I didn’t have much of a choice. When I walked in, I immediately realized the underwater fascination was a full blown, Single White Fishtail obsession. His house was cluttered with materials to clean and care for the large aquarium tank that took center stage in the dining room. Wishing I had grabbed an adderall from the pharmacy, I sat down on the couch while he explained in detail the various fish in his own personal sea.

Sensing I was bored to tears, he put down the fish food and sat down next to me. After a quick smile and deep breath, he instantly began to, what can only be described as, eat my face. I imagine this is similar to being eaten by an actual shark, but with less teeth. He put his hand on my crotch hoping to find that he’d aroused the ‘eel’ swimming underneath my pants, but knowing this wasn’t the guy I wanted to take that plunge with, I stopped him. When he came up for air I glanced down to see his erect penis pulsating inside his Wal-Mart brand jeans. He motioned down and asked, “wanna play?.”

“I should probably get going, I’ve got an early morning tomorrow,” I replied, half pretending not to have heard his question.

“Do you want to stay the night?,” he tried again.

Awkwardly trying to escape from his jaws – and feeling like I was to be the first casualty in the sequel to Sharknado-, I lied and told him “maybe another night.”

As I got up to leave, he insisted, “want a ride across the street?”.

“I can walk,” I said, “it’s really close.” He jumped up off the couch and went in for another kiss. I hugged him and thanked him for dinner.

As he said goodnight, I jolted out the door and headed to my place down the street. “Note to self: find out hobbies before the date,” I thought to myself.

As I walked in the house, I got a text. ”I wish you would’ve stayed over tonight,” it read, “I’m gonna be lonely without you.” Without reply, I deleted the string of texts confidently making the decision that he was officially the first cast-off on my journey of self discovery.

I never was a fan of Shark Week anyway. 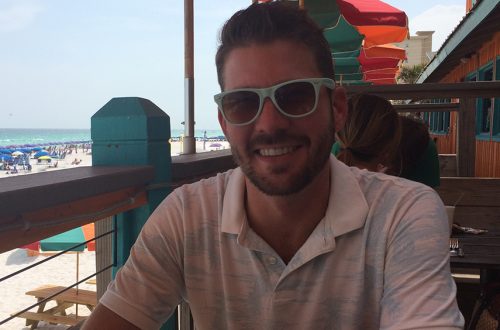 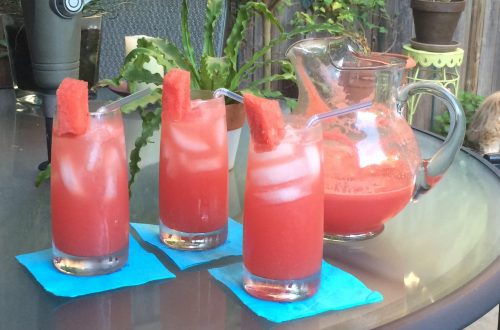 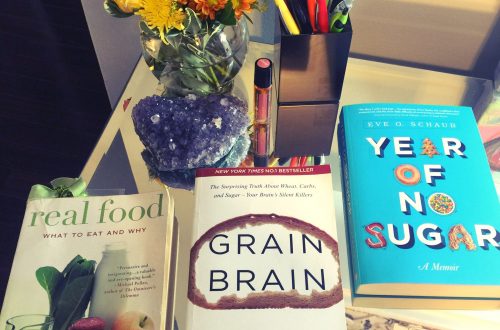 Bernstein Cares: The Year of No Sugar