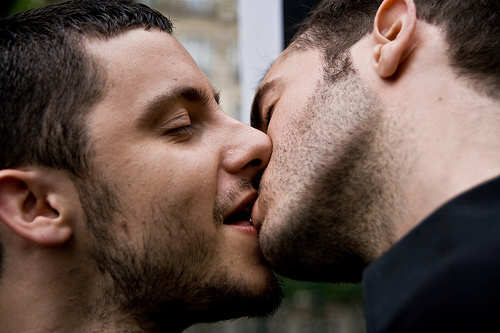 I did it. I went on my first gay, Grindr-initiated, homosexually-charged date. If you missed how this first man-on-man meeting came to be, check out the first part of my story here [see ‘Waking Up’].

After a few days of talking to “Joe” online, we coordinated our full schedules to meet on Wednesday for dinner. I originally had a work meeting planned, but moved it to an early happy hour in order to fit in the only normal guy to engage me with real conversation on Grindr. Since downloading the app last weekend, I’ve occasionally used it to see who else is in the area. And while I’ve seen more dicks and assholes (literally and figuratively) than I ever cared to, I haven’t seemed to find anyone else with much substance.

I tend to overthink when I’m nervous, so most of Wednesday was spent trying to select the perfect location for dinner. Ignoring my growing to-do list at work, I wondered: “Where do gay guys like to dine?,” “Who has the coolest gay-friendly vibe?,” “What has the darkest dining room, so as not to be spotted having casual conversation with another male?” My mind was flooded with, now obviously, silly questions.

I picked a newer Nashville establishment that serves inventive cocktails and has a user friendly menu. “Joe” seemed excited about my choice having wanted to try it out. I gave myself a small pat on the back for making the selection and headed out to my happy hour meeting. As the minutes passed and the clock approached my milestone date, it became clear I was battling my nerves with vodka-sodas. When I finished my third –on an empty stomach– I excused myself from my colleagues and made my way to the restaurant.

Having seen a number of photos of “Joe,” I knew his face right when I walked in a few minutes late. He jumped up to greet me with a hug and we sat at our little two-top in the corner. He immediately launched into telling me about a fascinating New York Times article he read while he waited. Nervous and scanning the room, I half listened. Not seeing anyone I recognized, I started to relax. Feeling those vodka-sodas doing their job, I knew food was going to quickly become a necessity. When the waiter came to take our drink order, I added a hummus plate for us to share. After applauding another good choice, he immediately began complimenting my outfit. He admitted he wasn’t sure what to wear, which explained why he looked much more dressed up than the casual appearance in his photos.

Our conversation throughout the night remained easy and comfortable, as it had been over the last few days. We were hitting it off! Then my stomach dropped as I noticed one of my loud-mouthed, nosy colleagues walk in. My attempts to look engaged in a deep conversation and avoid eye contact were a losing battle, as he walked right up to the table oblivious to the situation. The co-worker asked if I had gotten tickets to one of the city’s most coveted upcoming concerts. I told him I had.

I laughed off the comment and shut down conversation with the co-worker, so he would leave “Joe” and I to what was becoming a fantastic first date.

Testing the waters to see how he might react to learn I hadn’t been out with a guy before, I told him I just joined Grindr for the first time when we met. He was excited to learn that I was a newbie at the online dating circuit and began explaining the other apps loaded on his phone: Jack’d, Scruff, Ok! Cupid, etc. I didn’t know if this was a sign of how many men he’d actually been with or not, but his expertise led me to believe he might be turned off by my inexperience.

As drinks continued, so did “Joe’s” compliments. “If you weren’t sitting in front of me right now,” he said, “I’d be convinced you weren’t real.”

“Are the guys you date typically not real?,” I replied.

“Guys in this town are just really boring, but you seem like the real deal. Boyfriend material,” he concluded with a smile.

Confident that I’d landed a second date, I paid the check and offered to walk him to his car. As we strolled down the well-lit street, he grabbed my hand and I realized “the kiss” was coming. This was not just any kiss. This was the first, first kiss. I panicked.

When we reached his car, “Joe” asked if we could see each other again over the weekend. I agreed, but all I could think about (or overthink about, in my case) was the impending kiss. Not sure what he had just said, I took one quick look down the street, grabbed him by his jacket and went in. Our lips met.

The shock of feeling another man’s lips on mine made me pull away, but “Joe” hadn’t had enough and pulled me in for another. Feeling equally relieved and accomplished, I said goodnight. We shared a hug, another light kiss and he was on his way.

“Joe” sent a text to let me know he’d gotten home okay and had a great time. “Ditto,” I replied, “see you on Saturday.”

“First Things First: Meet Joe Black” first appeared on Gary Bradshaw’s own site RiseAndGrindr.com in November 2014. The inclusion of the article on ‘Listen! It’s Vetrano’ was made when he joined as a columnist in March 2015. 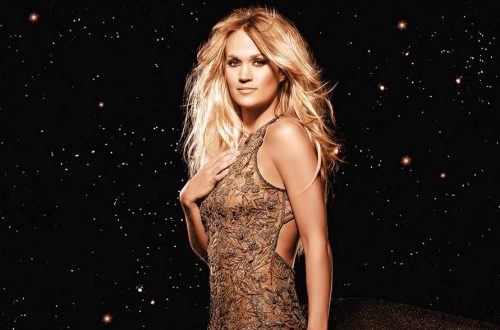 Cassadee Pope Is An Alien?!? 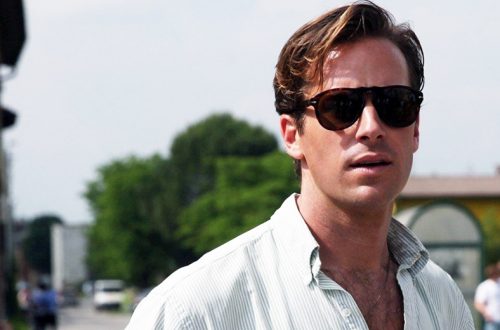