The next morning, I woke up hungover… a year older… and alone. Something I vowed I would change when I moved from my cozy Midwestern upbringings to the Bible thumping South nearly four years ago. It’s probably clear where this story is heading from the graphic above (and if that isn’t the case, you’re too young to read the content of what’s to come), so I’ll cut right to the chase. The story of my childhood is all too familiar in the gay community: I knew I was different, I never played sports, my relationships with straight men were always complex and short lived, etc., etc. I won’t bore you with those details. And considering the audience this may attract, I won’t reveal the in-depth retellings of my previous sexual conquests who, until now, have only been women. For 28 years I fought every instinct and emotionally scarred my inner being in an effort to become something I ultimately will never be: a straight man.

Laying in bed that morning after my birthday bender, dehydrated and sleep deprived, I finally woke up. Figuratively. Not even a tractor trailer could have moved me from the comforts of my bed that morning. Tired of playing the workaholic who doesn’t have time for dating, I decided to stop being afraid and start exploring what I know nothing about. I grabbed my phone and downloaded an app a friend shared with me a few years ago that allowed him to meet single gay men in the area. Grindr.

Not sure how this would end and maybe still drunk from the previous night’s debauchery, I signed up. The process was easy. Maybe too easy. Like “you don’t need any personal information to verify who I am?” easy. Ignoring the red flags, I uploaded my most current photo and was on my way. I quickly browsed the sea of headless torso photos of men in my area, relieved I hadn’t come across any of my colleagues (or their faces anyway). “Ding,” my phone rang as the first message was received. Then another. And another. And another. I opened each message and quickly realized I was in over my head.

“Cock pic?,” read the first message from a man who can only be described as a reject from the cast of Duck Dynasty. The next guy led with a picture of his flaccid penis which looked like it had recently been dipped in a fresh can of herpes asking if I was “looking?”. And the third guy (whose profile had no photo) simply wrote “sup”. Maybe I had rushed into this. I closed the app without reading any others, assuming they’d all be the same.

After a nap and some more self-loathing over a greasy cheeseburger, I decided to see what I missed. Twenty-eight messages awaited my response (yikes!). But being of clearer mind -or maybe the cheeseburger had clogged whatever part of my brain told me the difference between right and chlamydia- I decided to go through them. Most were much like the first three: dick pics, guys older than my own father and short forms of “hello”. And then there was “Joe”.

“Joe” had a nice profile photo (of his face), excellent stats and a message that didn’t make me want to spend eternity alone. He indicated that he’d like to chat and asked me how I enjoyed my weekend. I replied that I’d spent the day in recovery after a healthy night of vodka-sodas and tequila shots and quickly moved to the next message. “Ding,” my phone rang instantly, indicating “Joe” hadn’t run off from my early indication of alcoholism. “Same,” he said as conversation kicked off and proceeded for about two hours of back and forth get-to-know-yous. Just as I was about to turn in for the night, “Joe” asked if he could call me to hear my voice. We talked for another two hours about everything ranging from Golden Girls marathons to family dealings, all the while seeming oddly comfortable.

As my brain, and body, were screaming for sleep I politely told him I’d have to say goodnight. He asked if we could continue it in the morning and perhaps meet for a drink in the next couple of days. Again, I agreed and we said goodnight.

I woke up this morning, ready to tackle work and perhaps some more messages on Grindr. Though not ‘out’ to most friends and family, I feel unafraid of stepping into the unknown. As I sit at work, texting back and forth with “Joe” making plans to meet, I find myself compelled to document this journey of sexual exploration with you, whoever ‘you’ end up being on the other side of this. But how does one begin to tell their story of sexual exploration? Something so personal and, at times, maybe humiliating? And now, I am going to share this journey with strangers? Yep.

Who knows where this will go? Perhaps the story ends after a romantic meeting with “Joe” as we begin our life together, or maybe this is just the beginning as I one-by-one reveal the faces to the sea of headless torsos. Either way, I’m inviting you to come along with me (and even provide commentary or unsolicited advice in the process). Because now that I’ve woken up, it’s time to ‘Rise & Grind…r’.

“Waking Up” first appeared on RiseAndGrindr.com and in the pages of ‘Out & About Nashville’ in January 2015. The article was the introduction to a number of online stories told by writer Gary Bradshaw, who now writes them exclusively for ‘Listen! It’s Vetrano‘. 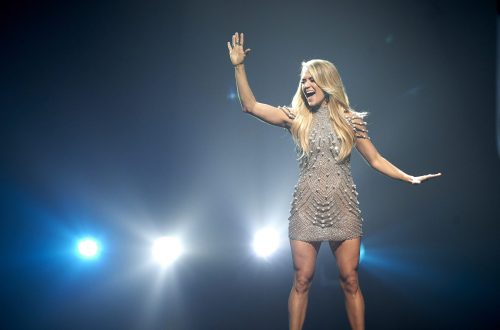 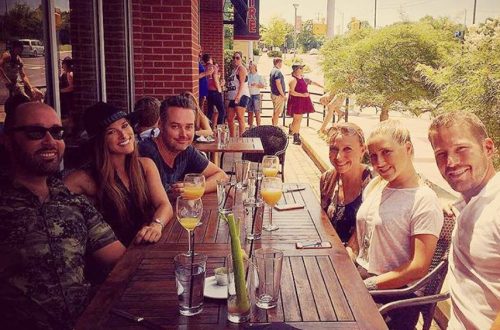 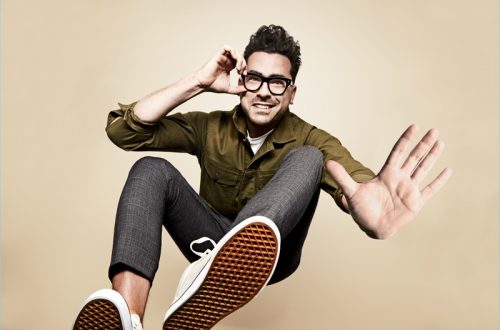