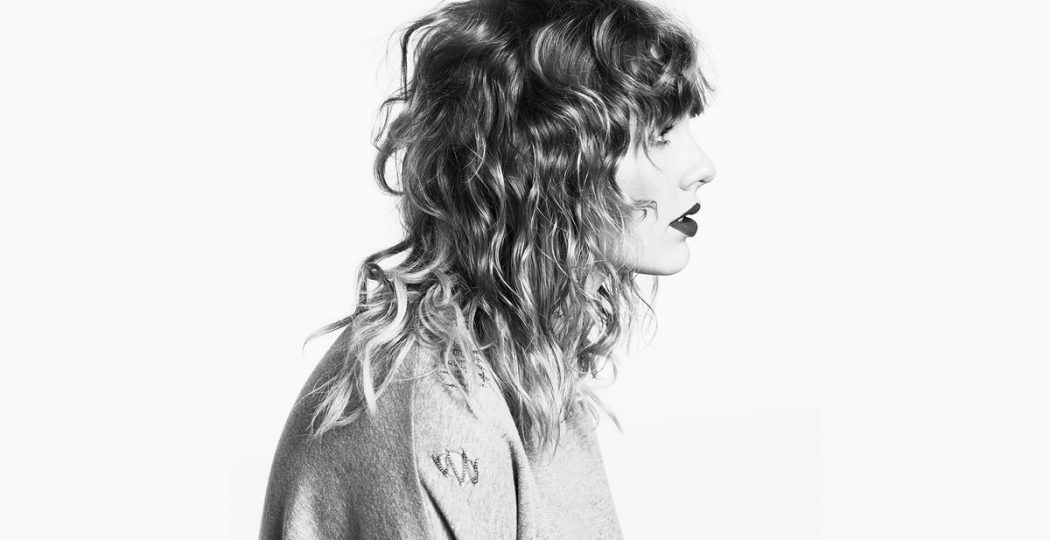 Blog
Chris Vetrano Taylor Swift Breaks Free on ‘Reputation’ My rating: 5 out of 5

TAYLOR SWIFT SWINGS THE DOOR OPEN ON ‘REPUTATION,’ REVEALING HERSELF TO FANS FOR THE FIRST TIME.

It was five years ago when I met Taylor Swift for the first time. I was at an awards show afterparty in Nashville, unknowing that the most famous singer in music was just behind a set of closed doors. While grabbing a mixed drink cocktail from the bar, I ran into a friend. One who had been spending the evening with Taylor and her friends, and who later led me “behind the curtain,” through a sea of people to the entry of a room that held the secrets of an early Taylor Swift reputation.

Once past the security guards whose stare said, “don’t fuck this up,” I entered the most exclusive party in Music City that night. Taylor Swift was on a balcony, basking in her success and chatting with a friend about her next album, which was well on its way. My friend said, “let me introduce you to Taylor.” I was nervous.

“This is Chris Vetrano,” my friend interrupted.

Taylor stopped her conversation, looked over and grabbed me. Unaware of who I was or why I was invited behind the doors to such an exclusive encounter, she embraced me with a hug. Sharing instant commonalities — a love for music, at-home dance parties and brunch. We laughed. We danced. And then we shared a drink. “Gasp! Had Taylor Swift just taken a drink from my alcoholic beverage?” She was of age and surely this wasn’t a big surprise to those who were behind these walls. But for the common-folk like me, Taylor Swift was a good girl. A heartbreaker no doubt, but a persona that read more cat-lady than whiskey-swilling vixen.

Suddenly I was in the ‘in crowd.’ Drinks, [Fireball] shots and dirty dancing to some pounding party jams played out for the next several hours. Within minutes of “knowing her,” she was a Taylor I knew not many had met.

A true artist. Committed to her craft and fanbase, she was careful about how she was perceived. Even at industry events where artists threw caution to the wind when it came to drinking or drug use in front of fans, Taylor chose to stay behind a closed office door — literally dancing to her own rhythm. With only those she trusted.

That night, as we danced, shot whiskey and laughed, Taylor shared fears about growing up. In an emotionally raw conversation, she was realistic that the doe-eyed, good girl persona she’d protected would eventually wear thin as her fans grew up. As others in her peer group failed to make that transition to adulthood successfully, it was no wonder there was fear in the superstars mind.

Years later, after what could have been a damaging blow to her closely protected image, Taylor Swift was put on blast. Kanye West, Kim Kardashian, Katy Perry, Calvin Harris … the list of names was growing, as some of the world’s biggest celebrities lit a fire on Swift’s good girl act. Swift retreated, likely calculating her next move.

Then she released Reputation. An album where she swings the door to that exclusive office space party wide open and reveals the whiskey-loving, fiery attitude and carefully executed adult that she’s matured into. In the album’s linear notes, Swift says: “We think we know someone, but the truth is that we only know the version of them they have chosen to show us.”

Thank you Taylor Swift for revealing yourself to me years ago, and for masterfully transitioning it to your craft in such a prodigal way. Well done, my one-night friend… and when you’re ready for that brunch, give me a call! 😉

Here’s a rundown of the tracks from Reputation. 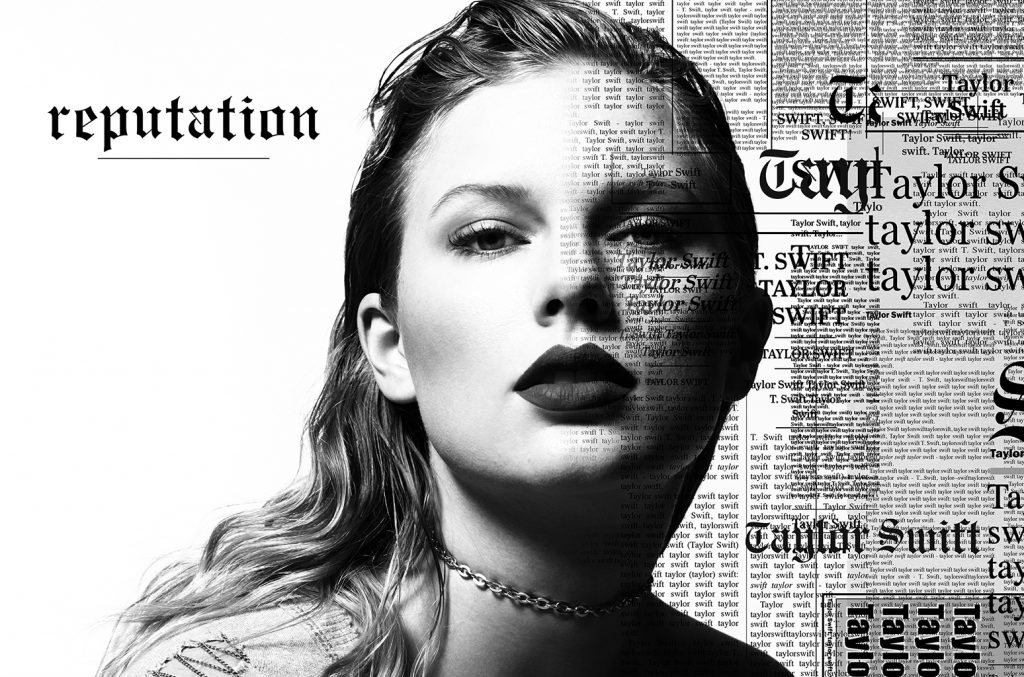 …Ready For It: The old Taylor is dead. From the first blaring beat, it’s clear “new Taylor” is harder and ‘ready’ to rumble. With hints of the sweet 1989 Taylor in the track’s pre-chorus, Swift battles herself in this masterfully constructed introduction, where her inner badass wins. I’m ready for it!

End Game: One of the many highlights from the album, “End Game” is a perfect representation of a more mature Swift. Tackling her ‘reputation’ in the most direct way, she confronts her enemies with “I bury hatchets, but I keep maps of where I put ’em/reputation precedes me, they told you I’m crazy/I swear I don’t love the drama, it loves me.” The radio-ready track also includes Future and longtime friend Ed Sheeran.

I Did Something Bad: Putting “playboys” and “narcissists” on blast for their manipulation, Swift accepts her fate in this banging third track. She calls for those pitchfork wielders to “light [her] up,” and it feels “so good.”

Don’t Blame Me: QUEEEEEENNN!!! This track is ev-er-y-thing! The vocal production, on a heavily and purposefully autotuned record, is spot on — one of the singer’s best to date. The dramatic slither through her effortless storytelling of a love-crazy woman, blaming her obsession with men as the catalyst for her wrong doing, is fierce. Slay it, Swift!

Delicate – Opening with “my reputation’s never been worse, so you must like me for me,” this track details the early days of a relationship that sparked during her tough year. A beautifully written track that experiments with sounds not found on Swift albums before; its a must listen.

Look What You Made Me Do: The album’s first single, which takes direct aim at her feud with Kanye, and tackles her previous media persona in the accompanying video. She rises from the ashes from her public shaming with a fierceness that was the perfect introduction to the “new Taylor,” literally killing the old one in the song’s now infamous bridge.

So It Goes…: Moving deeper into the album, Swift focuses less on the public beef with her ‘enemies’ and more on a new relationship. Featuring edgier lyrics and content than we’ve heard Swift sing before, “dressed in black now … scratches down your back now,” this track introduces the second half of the record. And a sexier version of Taylor Swift.

Gorgeous: Taylor got drunk and fell in love in a “dark room.” If I had those “ocean blue eyes,” I could have believed this was a retelling of the fateful night when we met. Just kidding… but wouldn’t that have been a story?!… one that probably would have made for a better song than this. It’s the album’s weakest track.

Getaway Car: A gorgeous track retelling a relationship that was doomed from the very start. Rumored to be about her tumultuous and brief relationship with Tom Hiddleston, which became somewhat of a media circus. “A circus ain’t a love story, and now we’re both sorry.”

King Of My Heart: A newly in-love Taylor, the singer chronicles a love story that followed a lot of previously bad ones. Its no coincidence that she was photographed with Calvin Harris in a Range Rover and Hiddleston in a Jaguar with lyrics, “All the boys in their expensive cars with their Range Rovers and their Jaguars/Never took me quite where you do.” This is still Taylor after all.

Dancing With Our Hands Tied: On “Dancing…,” Swift worries that the attention on her previously relationships could ruin everything with her new boyfriend, British actor Joe Alwyn. The song is worth the listen, but often gets skipped for some of her more masterful tunes.

Dress: This is Taylor at her sexiest. Lyrically telling the story of her intimate and sexual encounters (“I’m spilling wine in the bath tub, you kiss my face and we’re both drunk … I don’t want you like a best friend, only bought this dress so you could take it off.“).  Bring it on, Taylor!

This Is Why We Can’t Have Nice Things: Another track aimed at the feud between her and Kanye that later included a leaked recording of a conversation between the two by Kim Kardashian. The response is a fun, lyrical tongue twister that proudly holds Swift’s two middle fingers strongly up in the air. #TeamTaylor

Call It What You Want: The most beautiful song on the record, giving us a glimpse into those months where Swift retreated, hidden from the media. A song that makes you realize that while the world was talking about her feuds and failed romances, she was doing what she does best. Falling in love…

New Year’s Day: An album that mostly reflects on a dark time period in the songwriters life, ends on a message of hope. A pretty, piano led song about the kind of love you wake up to a mess with after New Year’s Eve. But perhaps New Year’s Eve is just a metaphor for her rough year, as she ushers in the next chapter of her adulthood.

What did you think of Taylor Swift Reputation? Share your favorite tracks, the best and worsts and thoughts on Taylor Swift’s latest release in the comments below! 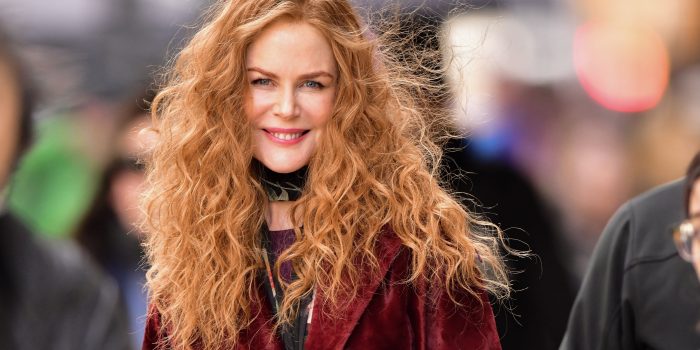 FOLLOW
This error message is only visible to WordPress admins